Czech Republic » What Do Czechs Eat at Christmas

icDo you want to know what foods Czech families eat at Christmas? Or which customs are associated with the Christmas Eve dinner?

Come join us at the table, we‘re going to taste the Czech Christmas! 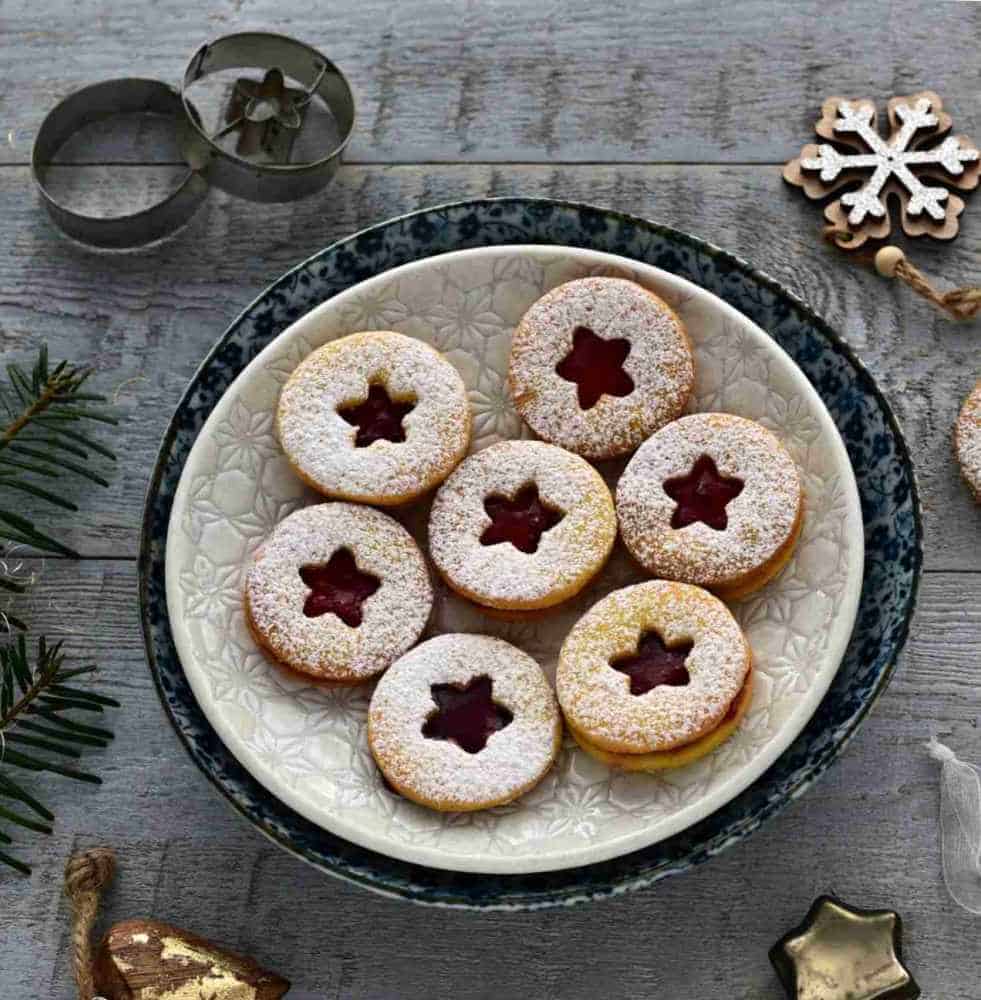 Which Day Do We Eat The Christmas Eve Dinner?

Czechs consider December 24th to be the most important day of Christmas, and it‘s called „Štědrý večer“.

The literal translation to English would be the Generous Evening, but it‘s commonly translated as Christmas Eve.

The entire family eats the Christmas Eve dinner together between 4 to 6 PM. The dinner is considered to be the single most important meal of Christmas.

After finishing the dinner, all family members move over to the Christmas tree, under which Baby Jesus (Ježíšek), who is the gift-giver in the Czech Republic, laid the gifts.

The gifts are then unpacked while watching a Christmas fairy tale on TV, spending a nice time together.

Fish soup is eaten as the first course of the dinner. It‘s easy to make, healthy and tasty.

The classical Christmas soup is formed by fish head consommé, soft roe, fish eggs, and root vegetables. The fish soup is thickened with roux and served with homemade croutons fried in butter.

While the finished soup is served, it´s garnished with a sprig of parsley.

The fish soup is followed by the main course, usually schnitzel or fried breaded fish (traditionally a carp).

The reason why a fried fish is simple: as touched on later, Czechs are supposed to fast on Christmas, which excludes any meat except the fish.

The carp is a common fish here in the Czech Republic, so it was almost always the first choice.

As a side dish is served classic Czech potato salad. 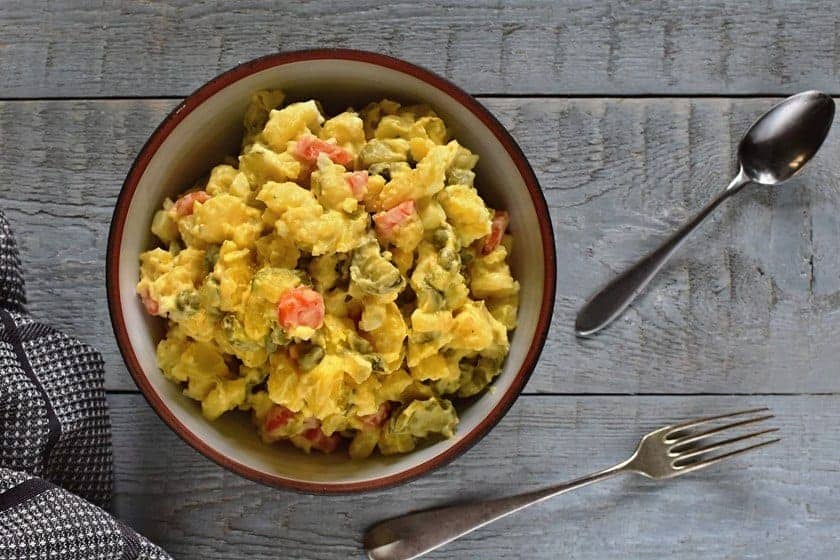 The potato salad is made out of boiled and then refrigerated and diced potatoes.

After this is done, canned vegetables (pickles, pea, carrot), boiled eggs, mustard, and finely diced onion are added to the mix.

The salad is then flavored either with vegetable oil or mayo.

Every recipe for the potato salad differs, one family may prefer to add grated apples, and someone else diced salami as a part of potato salad.

As a dessert and a sweet ending to the Christmas dinner, apple strudel with whipped heavy cream is served.

Strudel is a Czech favorite, its history reaches way back when the Czech lands still formed a part of Austria-Hungary. Strudel reached the Czech lands from famous coffee houses of the Austrian capital, Vienna.

Instead of strudel, you can also put up a bowl of Czech Christmas cookies(vánoční cukroví).

Another typical Czech Christmas dessert is the Christmas bread(vánočka).

Christmas Customs and Traditions in The Czech republic

According to the ancient traditions, Czechs should fast on 24th December until the first star appears on the sky. Who manages to do that sees the so-called Golden Piglet (zlaté prasátko), which will grant him luck and money for the next year.

People put notes and coins under their plates at the Christmas dinner. They believe that the money will grant them plenty and luck for the next year.

Above the Christmas table, a mistletoe branch is hung. This custom should ensure the family's happiness and integrity.

The leftovers from the Christmas dinner were in the past usually given to the animals in the barn, or thrown into water and fire. This should have protected the house from fires and floods.

Watch this video on Youtube to learn more about Czech Christmas traditions from Janek Rubeš aka Honest Guy:

How Do You Say Merry Christmas in the Czech

People are closer together at Christmas time, even in the Czech Republic.

If you meet your friends during Christmas, you greet them with „Veselé Vánoce!“.

The greeting „Veselé Vánoce“ is a counterpart of American Merry Christmas. 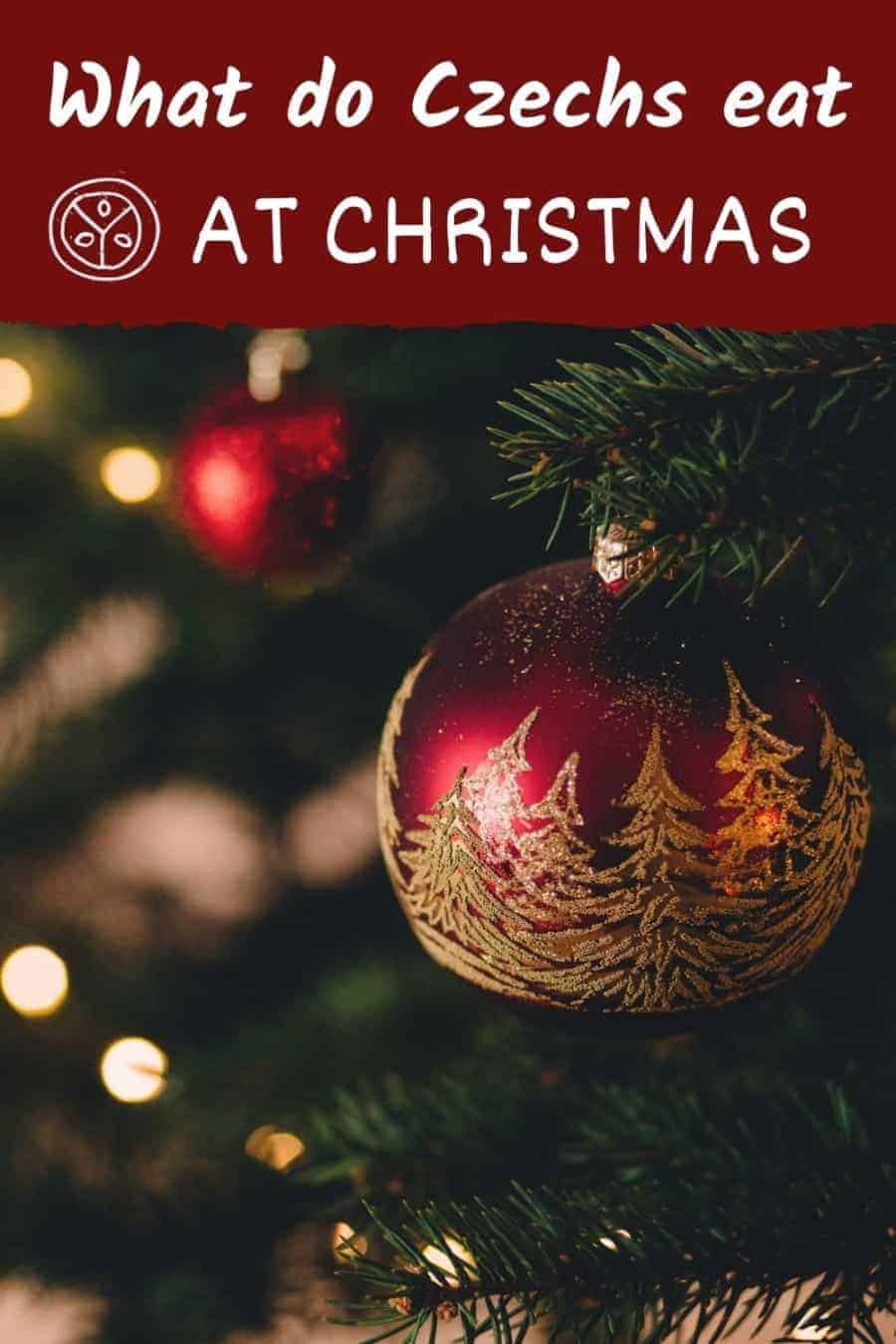